With all of this ‘independent woman’ and role reversal in the past recent years happening, have men gotten simply scared of properly pursuing a woman?  Have women gotten to the point of finding a man’s advances as wrong behavior?  I’ve had several answers from many men, and the resounding similarity in their answers is that they’re not sure what they can and cannot do any more with ‘today’s woman.’

They chase them to doors, acting insulted if the door is opened for them.  Instead of realizing that he is showing her at a higher value than himself, deeming her important enough to have a door held open for her.  Yet on the other side of the story, she claims herself online as a ‘Queen’ and on her way to ruling the world.  Woman, let me tell you something, a true Queen, would step aside and wait for the man to get her door.  She knows her worth.  Do you?  Or are you arrogant and prideful and have something to prove?  Remember, pride cometh before the fall.

Here’s a specific example: I actually saw a man’s dating profile that said, “I still hold open doors, stand until a woman is seated….” and went on to describe many more chivalrous acts. And then, at the end of his profile, he felt the need to add: “I hope that doesn’t offend you, and it doesn’t mean I’ll treat you any less than equal as a woman.”  I was immediately taken aback.  WTF?  “less than equal”?!  Doesn’t that treatment mean you’re treating her like MORE than your equal or higher than you??  Yet, he felt the need to apologize for this behavior.  This is my point and has me shaking my head at today’s society.

What if a man wants to pay a woman a compliment?  Now… let me also stop for a moment and speak to you men.  A ‘compliment’ is respectful and kind, NOT sexual or inappropriate.  Get that straight right now.  No woman, of any value or worth, will take those comments at any stage before a real relationship, or best-friendship.  Be a real man.  I digress.  So, let’s go back to my question, what if a man whats to pay a woman a ‘compliment’ (now that we’ve defined what that is and is not).  Are men today scared to even do so?  Have we become a society so bent against men as women that men cannot tell a woman he is interested in, that he finds her beautiful, smart, sophisticated, elegant, or anything else?

Here’s the thing: romantic movies, dramas, rom-coms, are still highest grossing, telling that women truly wish for this.  However, the loudest women in today’s society stop the mindset of men from doing so.  Let that statement sink in…

Us women who truly value roles of men and women, need to say so just as loudly.

Do you hear me loud and clear? 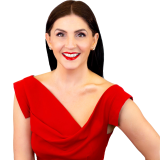